Today’s mobile phones offer web surfing, email retrieval, pay TV, videoconferencing, cameras and a bunch of other stuff that you probably never would have believed would fit in your hand.

The majority of these features are not that relevant to business users who just require voice and perhaps data mobile access at a competitive price.

Mobile data has become very important with the introduction of 3G Networks and their improved data capability. Many businesses are improving their service and making significant productivity gains by providing key staff with hand held devices that access e-mail or mobile data adaptors for their laptops.

The good news is that it’s a buyer’s market. The industry is so competitive now it’s quite easy to get a good deal that doesn’t require a long-term commitment, allows aggregation over multiple users and can be linked at reasonable rates to your fixed wire services.

Telstra (previously known as Telecom) launched the first AMPS network (1G) in 1987, which peaked at around 2.6 million connections seven years later. 1993 marked the arrival of GSM networks from Telstra, Optus and Vodafone in metropolitan areas. Telstra phased out its dated analog AMPS service and replaced it with a 2G CDMA network in 1999. While CDMA was becoming popular in the United States and a few other countries, GSM was by far the dominant technology in Europe and the Asia-Pacific region.

Optus and Vodafone stuck with GSM, while Hutchison launched a CDMA network under its Orange brand in Sydney and Melbourne a year after Telstra. This mix of technologies did cause some interconnection problems and Telstra eventually launched its own GSM network for city and higher population regional centres while keeping its CDMA infrastructure for other regional areas.

The current mobile networks in Australia are:

There are 4 mobile carriers in Australia with their own wireless towers and switching infrastructure Vodafone, Optus, the Hutchinson owned 3 (now providing only 3G services) and Telstra. As discussed in the Voice Services Buyers Guide, a number of companies buy mobile airtime from the mobile carriers and resell to business and residential users under their own brands.

Mobile number portability (MNP) started in Australia in September 2001. MNP allows users to keep their existing mobile number even if they change mobile service provider. MNP has been a significant contributor to mobile competition in Australia.

Telstra in 2006 announced its intention to close the CDMA network and switch CDMA customers to its new 3G network. The federal government has intervened and has forced Telstra to continue to maintain CDMA services post January 2008 until the government is satisfied that country mobile users are not disadvantaged.

What is our mobile phone budget?

This is critical. Evaluate any increases in budget against the benefits that accrue to the business. To often we just adopt the new more expensive technology without enough thought of what is the real plus for the business.

How many mobiles do we require in the business?

It’s worth going back to first principles on this as mobiles tend to multiply very rapidly. Identify how many staff require a mobile to do their job (key executives, road warriors, service engineers .) and those for whom a mobile is  status or just part of the package. For the latter consider offering a mobile phone allowance as it removes the personal use issue and can be positioned as offering the user more flexibility (phone choice, number retention, type of service)

What are the usage patterns of staff with mobiles?

How often will the phones be used, at what time of day and what will be the average call length? Which phones will be mostly used for voice calls, data say for e-mail retrieval or where SMS is preferred? Are calls primarily back to base or between other company mobiles. The usage patterns will help determine what type of plan is best for your specific business needs.

What types of plans are available?

The basic types of service agreement suitable for business are fixed-term contracts either for individual phones or for multiple phones (in excess of 5) and monthly plans. Most of these plans are structured around capped monthly minimum call spends. Monthly plans allow you the flexibility of receiving monthly bills without signing a long-term contract while the multiple phone plans provide better call rates, allow aggregation of call spend over multiple users and more generous handset subsidies than individual phone contracts.

What are the call rates within each plan?

Call rates vary from plan-to-plan. It’s important to assess both the rates and the call charge calculation methods when assessing your options. Issues to consider include: How are call charges calculated? On some plans you will be billed per second, on others, per block of time used (usually per 30 or 60 seconds), or, on the newer capped deals, call caps   apply to many services, providing value and certainty; Is there a flag fall (an amount paid for each connection, in addition to call costs)? What is the cost of voice mail retrieval? Are there any special offers (eg cheaper calls off-peak, or to mobiles within the company, or to nominated landline numbers if all services are with the same carrier, or for SMS)?

What features do the various staff in your business need in a handset?

A basic handset will allow you to make calls and send and receive SMS. You’ll need a more sophisticated one if you want to use the phone abroad, use MMS, voice recording, make video calls, or access your e-mails. Other features to consider are battery capacity (some handsets run longer between charges than others), ease of use, and your coverage requirements (see coverage ). Consider what you really need or you’ll be paying for features you never use. It may be worthwhile recycling some older mobiles to staff with less feature intense requirements while buying the feature rich handsets that will get improve productivity of other users.

How much flexibility do you need?

Consider your need for flexibility – and your budget – before you buy a handset or take out a plan. Are you likely to want the flexibility to upgrade your handset when a new one becomes available? Might you want to change to a different plan in six months? There are many different options for paying for handsets (eg up-front, as part of your service agreement), and different plans have different terms and conditions for example some include penalties for changing networks, or plans, for example. Read the small print and check you can meet all the minimum conditions of the contract before signing anything.

What are my mobile data needs?

Who in my company needs data access? Is it just for e-mail retrieval on blackberry type devices or is it mobile broadband for VPN access? Most companies do not know how much of the data included in the mobile plans of individual employees is actually used. For companies with a large mobile data requirement, data aggregation over all the company plans can result in significant cost savings.

What coverage do you require?

Where will your staff be using the phone only in metropolitan areas, or in the country? The dominant mobile network is GSM although 3G data network with reverts to GSM has also recently been launched in Australia. Which is best for you depends on where you are likely to require coverage. Check with the carriers where they have coverage to ensure they can provide the service where you need it before signing up.

Once you’ve worked out what you need/want, do your homework; shop around and compare what is available, and what will best suit your likely usage and budget:

Consider the whole cost of the package

Offers such as $0 upfront mean that the cost of the handset is absorbed into the overall contract price, not that the handset is free. Such offers may provide you with a good way of obtaining the handset you want, but they may not be your only or cheapest option. Ensure you understand which services are included at special prices (including caps ). Premium rate services, for example, may not be. Fair use policies may also apply. Make sure you read and understand such policies. 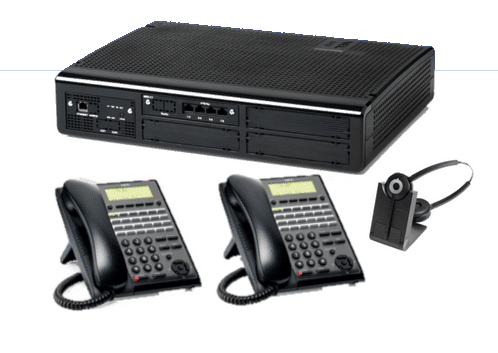 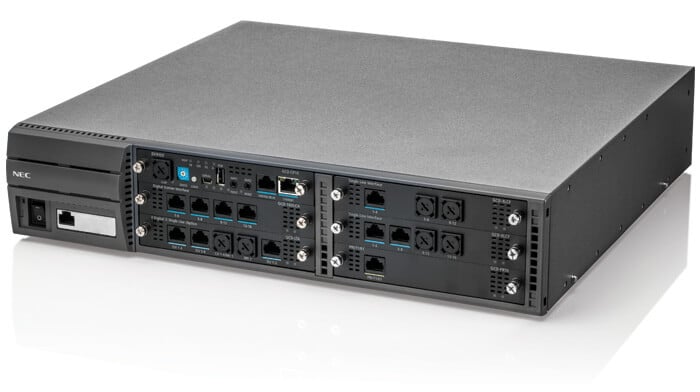 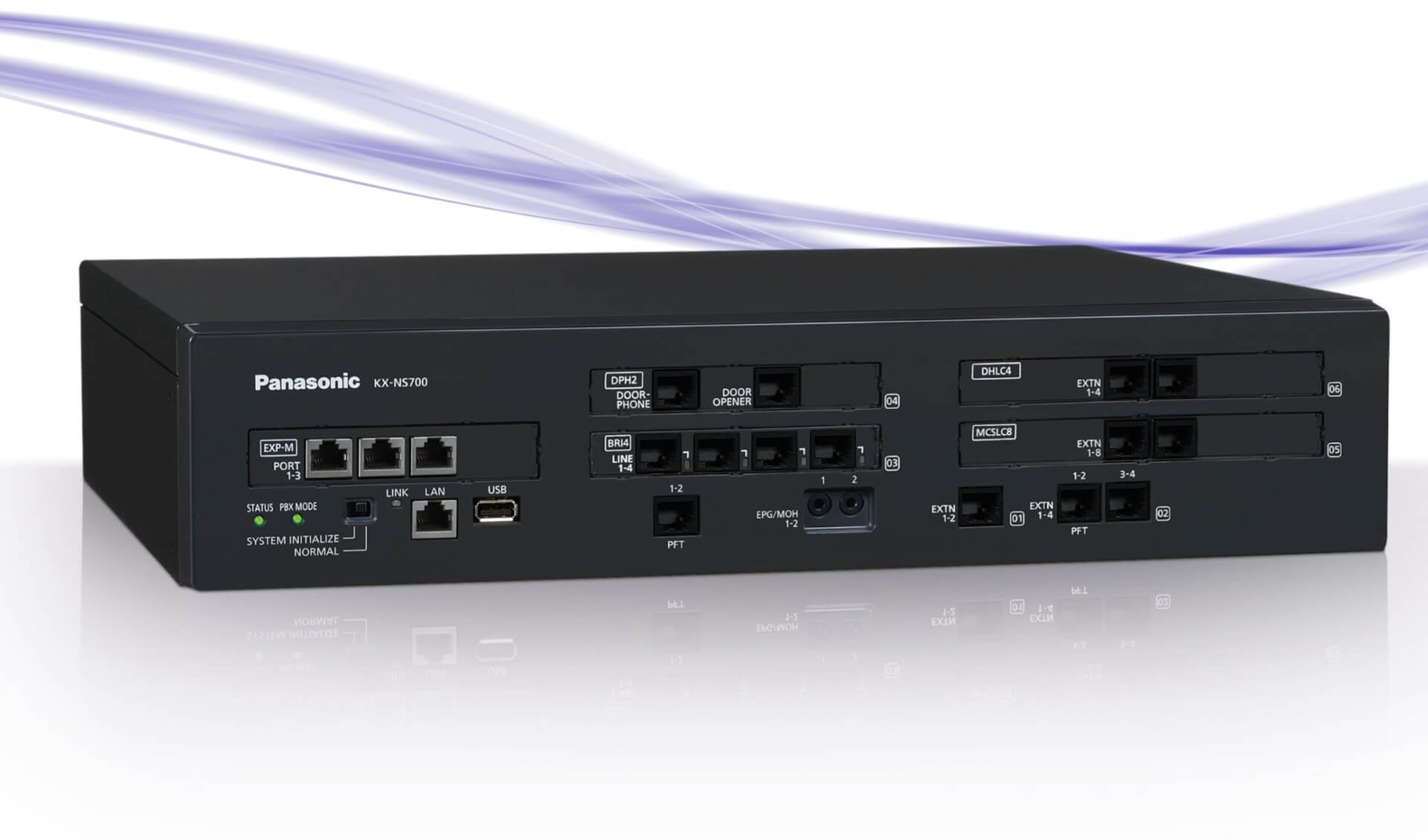 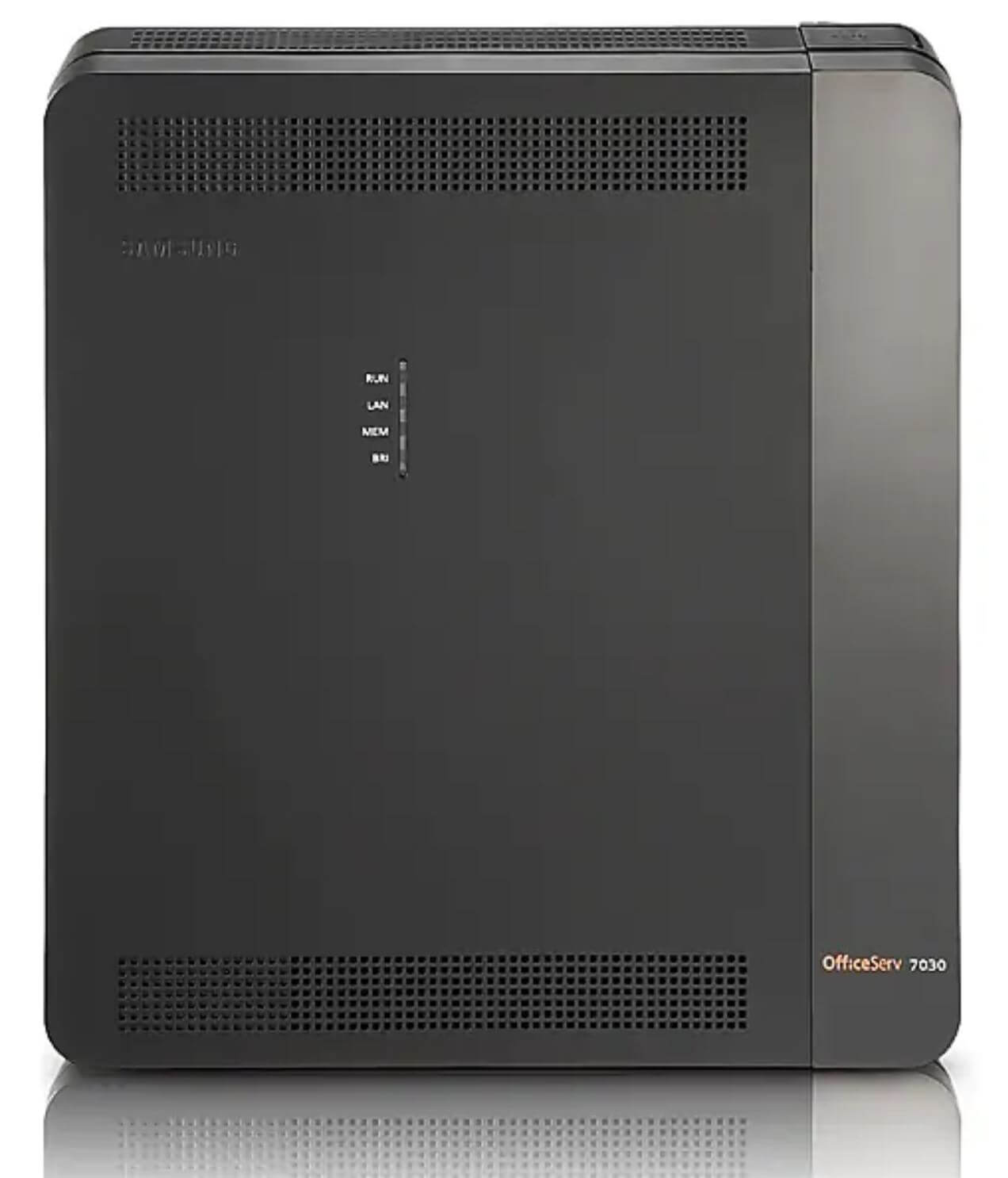 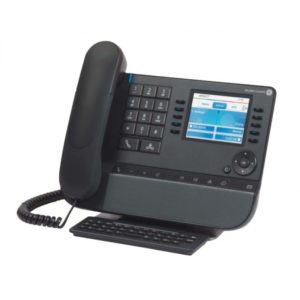 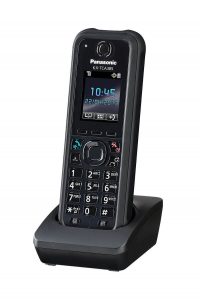 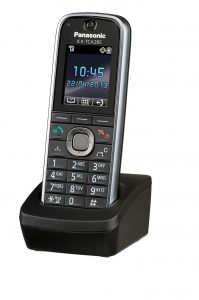 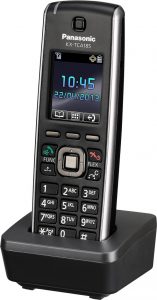 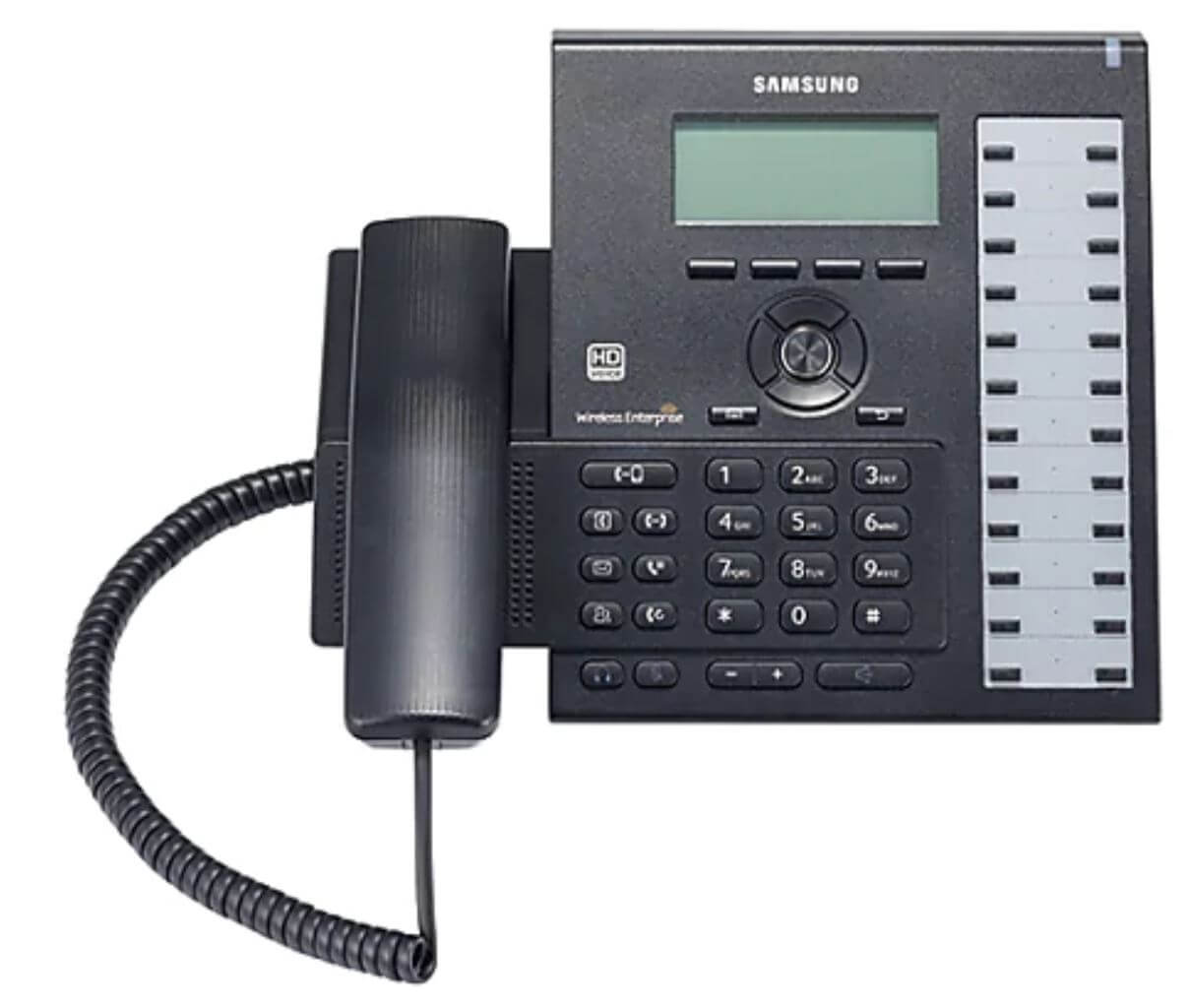 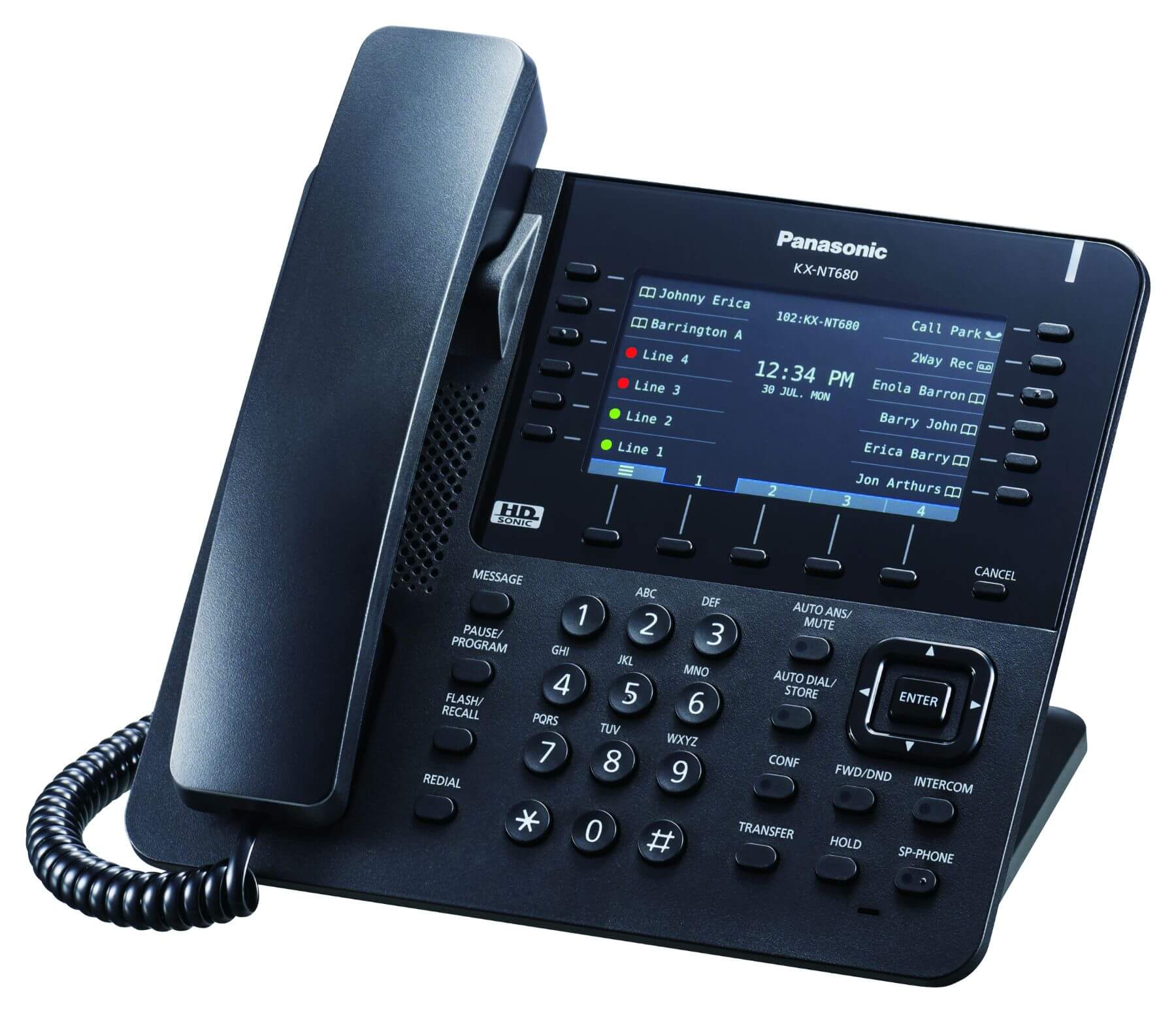